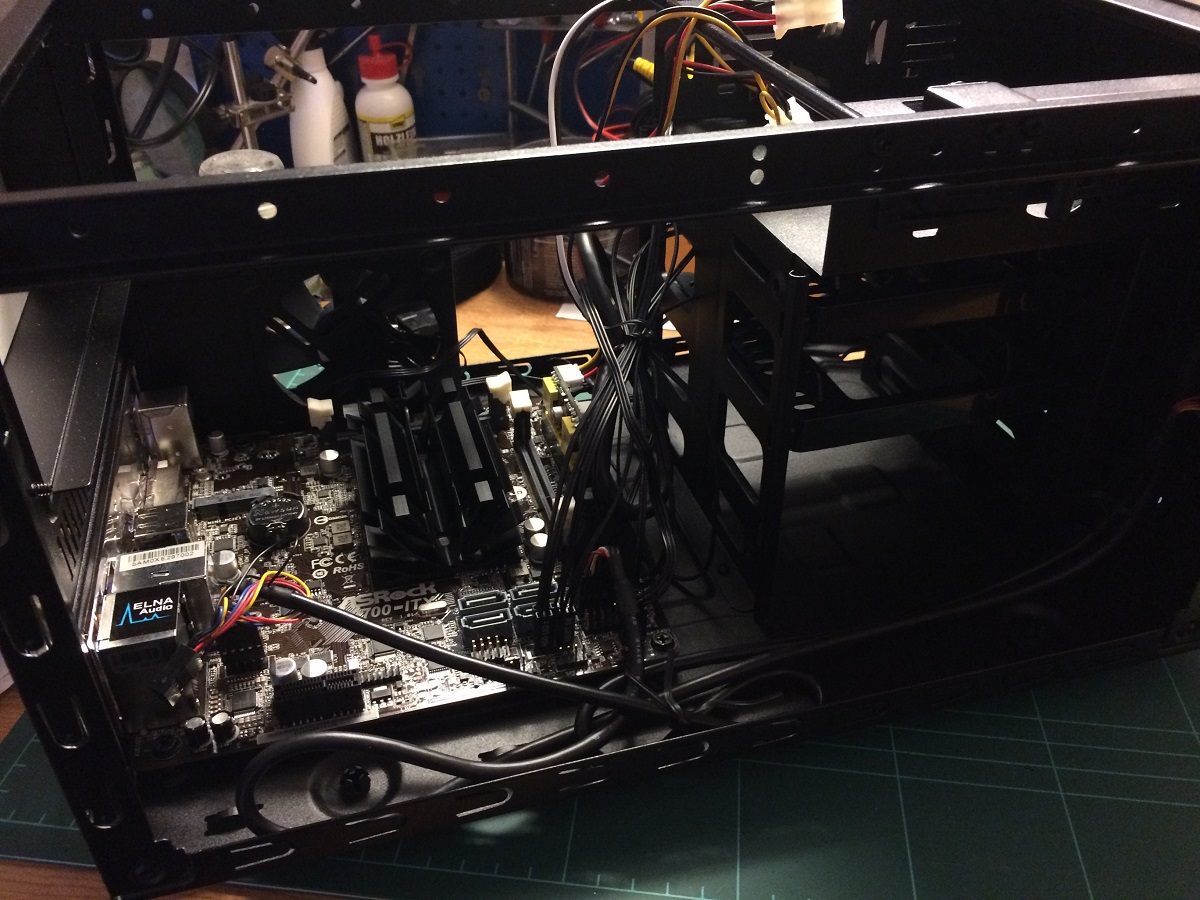 After several evaluations I decided today to build up the NAS following the recommendations of the NAS build (Technikaffe, German). The description is clear and I like to achieve WOL in 10 sec!

So I order the components as described, but decided to use the ASRock N3700-ITX board. I expect to keep same energy consumpts costs as the ASRock N3150-ITX, but more CPU power (check this post out).

Well I was surpised of the size of the minitower after I used several years my Synology NAS 209. Anyway it has enough space to carry 4 HDD, so it’s worth to free some room for this small beast:)

… Put the pieces together 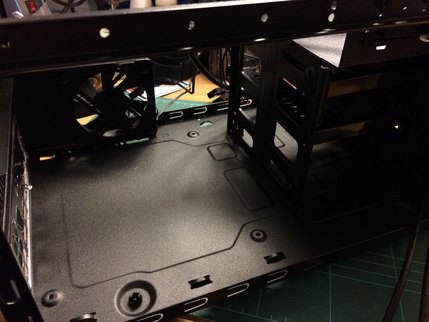 Compilation of the server is not described, so I post here some pictures. The compilation is pretty straight forward, all cables are marked and it’s pretty obvious where to connect them to the board. 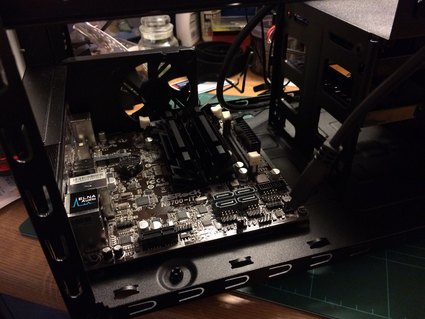 First put the mainboard, of cause 🙂 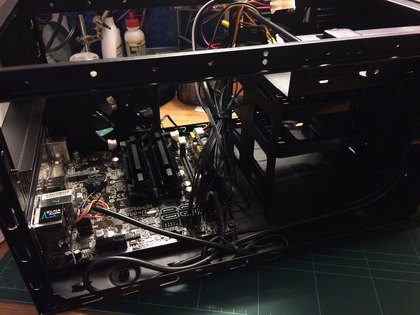 Then connect the cables as per plan. Not such difficult, just study the available handbooks and it’s pretty obvious where to put the right cables. 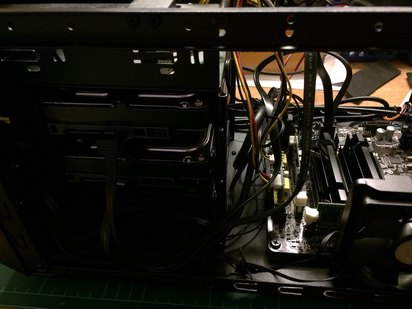 … Last step to drill a bit

Finally just to close the hole of the power supply. I use the External power supply and PicoPSU-90 as mainboard connector. 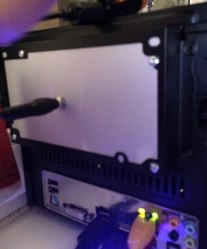 Now all things are in place, just to drill a 8mm hole into the plate to put the external power connector plug.

I follow the instructions until I reboot the system and removed the boot USB. I hit the issue that the server didn’t start as I expect and hang with a blinking cursor.

After some investigations I found out that the boot partition on the installation USB SLC stick miss the boot mark.

So I login the system change with help of fdisk /dev/sdX (either on the console, or a ssh connection) command ‘a’ ‘1’ and toggle bootflag. Write the partiontable and reboot the system.

… The server disappear from the network?

Then you need to fixe the Kernel due to Gigabit lan issue in Kernel 3.2. Problem appears if you transfer more then 8GB to the server in one session by SMB/Windows share. The network disappear, but the server is still running (check the console is still operatable). 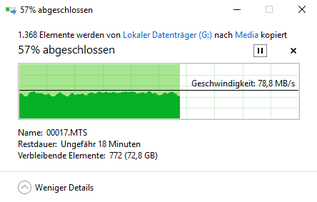 For do some rsync backup between my NAS I added a autowakeup at 9am. See the screen below which describes all what need to be setup for this.

.. if the server suport own wakeup in Bios 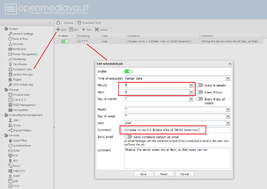 Use the rtcwake tool.

Another option is to wakeup the server by sending a WOL. In my case I do it from a Synology NAS or my PC.

Here the command I use from NAS triggered by a cron job:

WOL is working great and this NAS solution is up within 10sec. The effort was worth I invest. 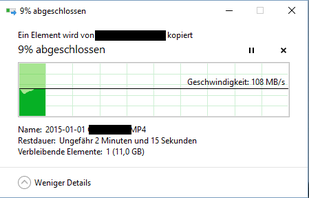 29.01.2016 the server is not starting anylonger. First I thought is about the NAS, but the other NAS and the network is running propper.

I go for an exchange of the power supply and will order a BeQuit 7 300W let’s see if this will solve the issue.

Next step to secure the data by connect the NAS to a UPS.